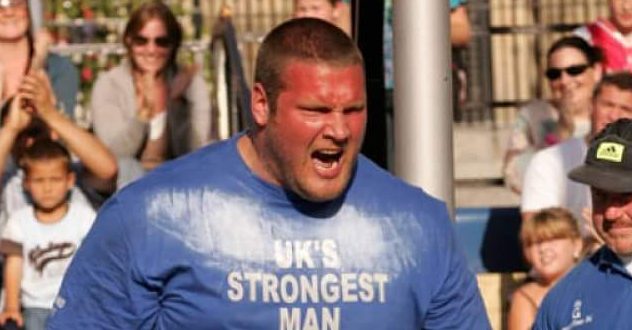 Hollands will be competing in the most competitive Strongman line up ever to be seen in the UK. Joining Terry will be Eddie “The Beast” Hall, 6 time UK’s Strongest Man and the only man in history to deadlift 500kg, plus Zydrunas Savikas aka “Big Z”, 4 times World Strongest Man and considered by many as the greatest strongman of all time. This ultimate clash of the heavyweights takes place at the Metro Radio Arena in Newcastle on 10th December in front of a live arena audience.

Terry said, “I’ve been competing for a decade now but still feel at the top of my game. I can’t wait to go up against some of the best Strongman athletes in the world. This is a huge new World Championship up for grabs, and we are all in with a chance of walking off with the title.”

Designed to give fans a real close up of the action, this will be the first indoor arena world championship event to be staged in the UK.

The World Championship title will be decided over five disciplines, including the legendary Atlas Stones, Monster Tyre Flip and fans favourite the Deadlift Challenge, where the much awaited showdown between world-record holder “The Beast” and “Big Z” is sure to bring the house down.