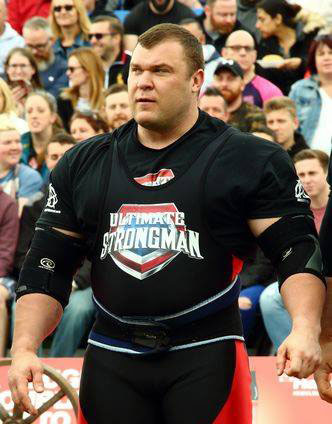 Vytautus Lalas is one of Lithuania’s finest strongmen. He has won many strongman competitions and came so close to winning the Worlds Strongest Man in 2012 by coming 2nd. He recently won the Ultimate Strongman Team World Championship with fellow Lithuanian Zydrunas Savickas beating Laurence Shahlaei and Terry Hollands.  In 2017, he won the Ultimate Strongman Viking Apocalypse Arnold Classic by defeating the world class Polish competitor Mateusz Kieliskowski . Vytautus Lalas is known for his strong shoulders in the log press and his technique in the dumbbell press.  In 2018, he will be competing with the best in the world at Summermania 2- World Championship and the Team World Championship as he defends his title as team Gladiators!.  To book tickets, follow the links on the event titles in this paragraph.