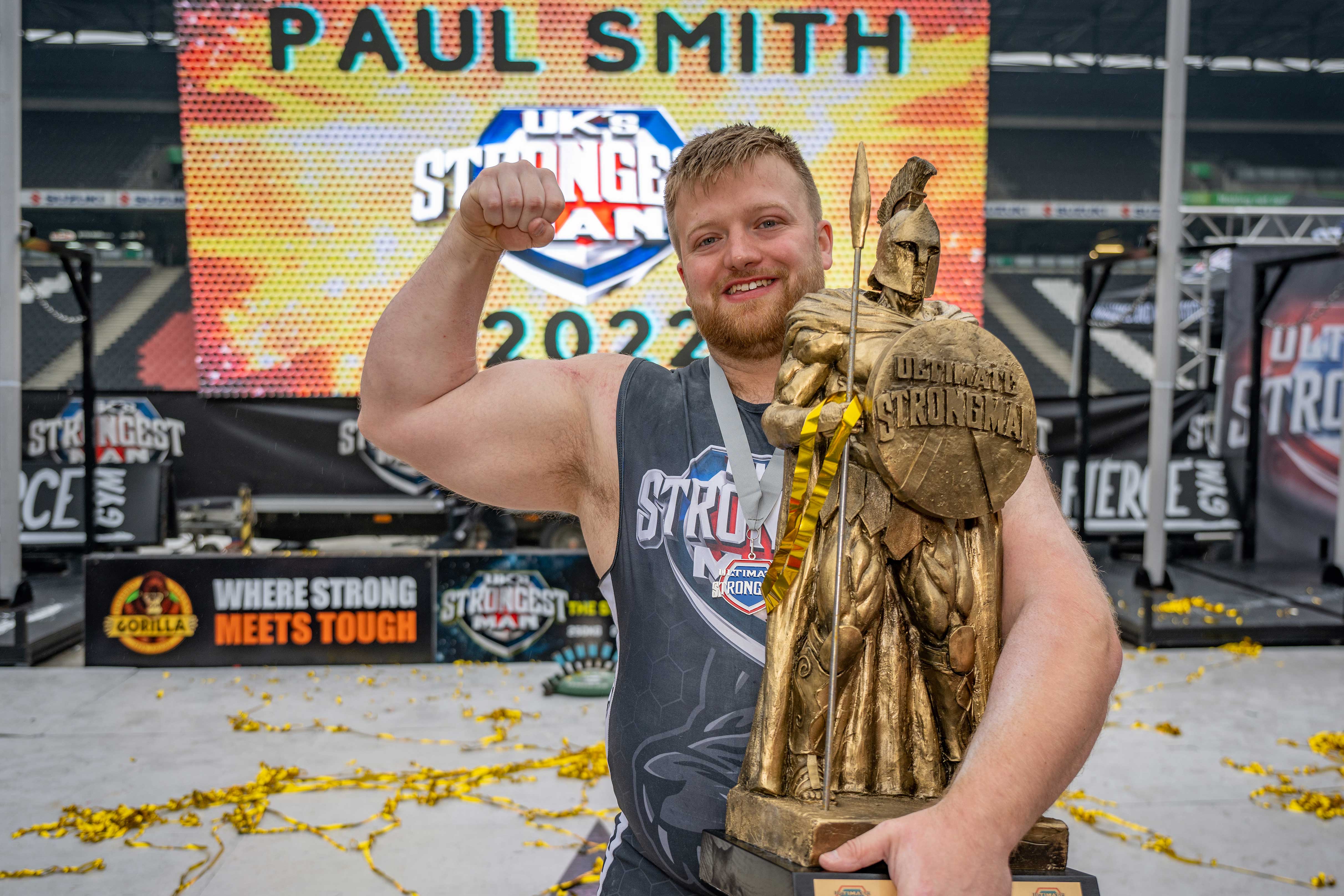 Paul Smith won the 2022 edition of the Gorilla Glue UK’s Strongest Man. Held in front of 4,000 fans at Stadium MK in Milton Keynes, Smith’s consistency meant he led the field from the first event through to the last, bagging 2 discipline wins along the way.

His stunning 24 reps on the 250Kg Tyre Squat has the crowd on its feet as he surged to a 5 point lead over reigning Ireland’s Cillein Groom.

In the 4th discipline, Smith did enough to ensure he couldn’t be caught, and as he watched the live scores go up he burst into tears as he realised he had won the title.

Going in into the Final event Cillein Groom was still second (21.5pts), with Gavin Bilton in 3rd and Louis Jack in 4th, but the Flag Hoist proved a step too far as Groom managed just one flag, which saw him drop off the podium. Louis Jack dug deep, and his 3 flag lift saw him leapfrog Groom and Bilton to take 2nd place, with Bilton 3rd.