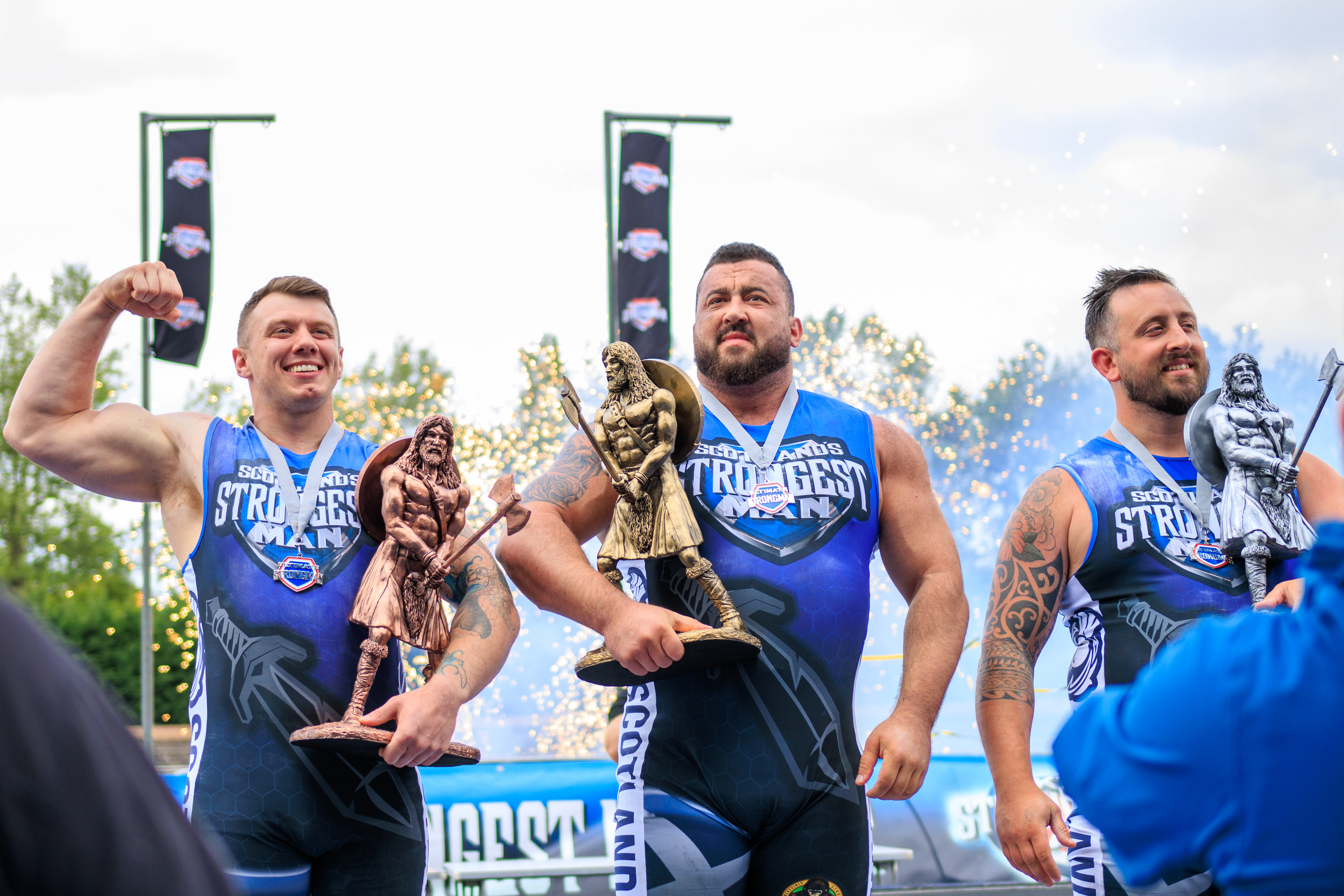 Winning the first 4 out of the 5 disciplines, Jack was able to coat in the final event, the tyre flip, winning the title with a 6 point margin over 2nd place Chris Beetham.

In the first discipline, Sandbag Shouldering for Reps, Jack managed an impressive 7 reps with the monster 130Kg Cerberus Sack, tied first with an impressive Callum Crozier, at 100Kg, the lightest man in the field.

Jack won the truck pull, pipping Scott Milne to the win by less than half a second.

There was some impressive stone lifting on the day, with no less than three athletes successfully lifting all 5 stones (100,115,130,145,160Kg), but it was Jack’s speed which one out, with Chris Beetham placing second and Callum Crozier third.

The 4th event, the 90Kg Dumbbell Press proved too much for many of the athletes who would normally have pressed the implement with ease. Beetham matched Jack’s 3 reps for another tied 1st place, with Crozier once again in the mix, recording 1 rep, enough for 3rd place.

In the final event, Crozier’s athleticism was all too apparent as he blitzed the 400Kg tyre flip over 20 metres in a world class 32.96 seconds, with Chris Beetham in second, Scott Milne in third, and Louis Jack 4th place.

The top 3 all qualify for the 2023 UK’s Strongest Man Finals.