Even though this was a behind closed doors event this UKSM 2020 did not disappoint with one of the toughest finals to call in a long time. Athletes from all 4 corners of the UK looked in top shapes from champions, underdogs and juniors. In Day 1 saw reigning champion Paul Benton retire and Desmond Gahan outlasting Andrew Flynn in the deadlift hold. In Group B saw Matthew McCoy knock out training partners Ryan Bennett and Ollie Clarke. The story of the contest was when Matthew McCoy found himself in the eliminator for the 2nd time against one of the favourites PA O’Dwyer and forced the 4 times Irelands Strongest Man to drop the car after 3 mins 40 secs. In Group A saw Phil Roberts make the final after his comeback from a horrible injury 18 months ago. Then there were 8, Gavin Bilton was Mr consistent throughout the contest with winning the Sack Load and the Truck Pull, however it was Mark Jeanes in the Dumbbell medley who took maximum points. In event 4, the squat was proving difficult for some. Paul Smith showed he was a powerhouse with grinding out 9 reps, the current leader Gavin Bilton got 10 but it was the oldest man in the contest, Mark Felix who won the event with 11 reps. The last event had Gavin Bitlon with it all to lose and Mark Felix and Mark Jeanes battling it out for podium places. However, it was Phil Roberts to finish the day with the win, Mark Felix came second which secured a 2nd place spot overall as Mark Jeanes done enough to finish his goal of 3rd Place. This left the first ever man to win the title, Gavin Bitlon is the UK’s Strongest Man 2020. Ultimate Strongman would like to thank Southern Grove for being our main sponsor along with the support from DfC to make this the best show ever! TV Listings will be confirmed! 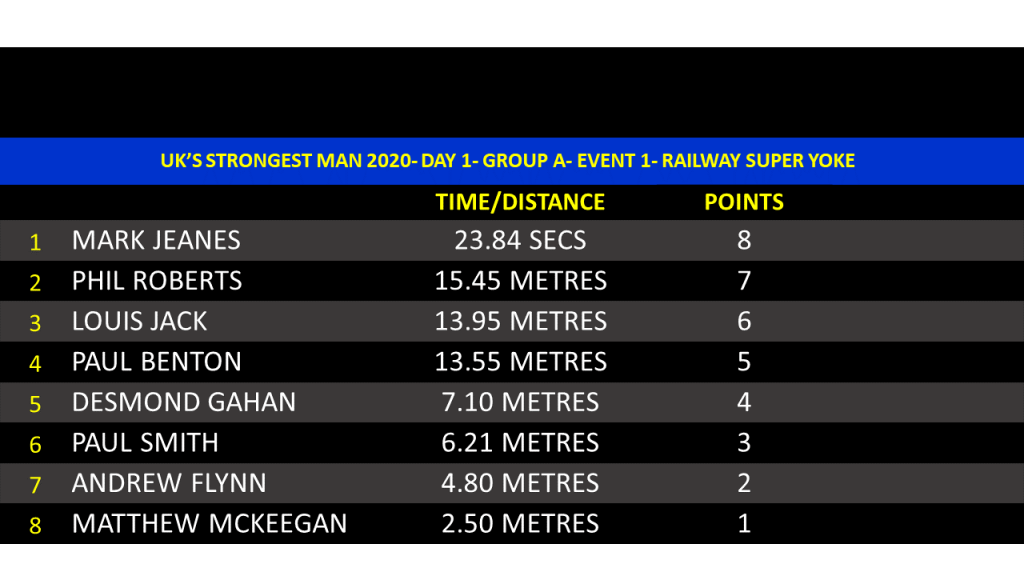 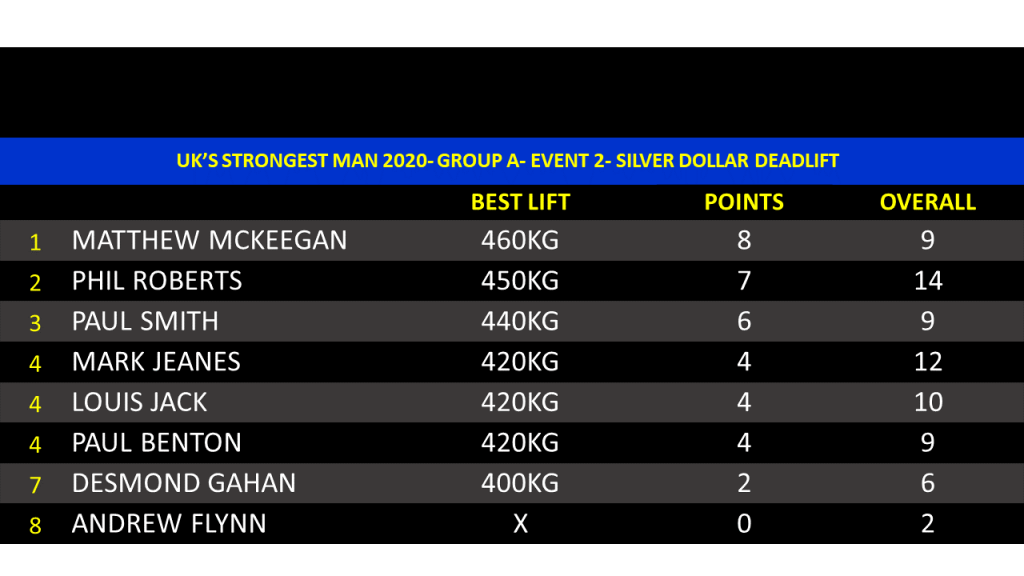 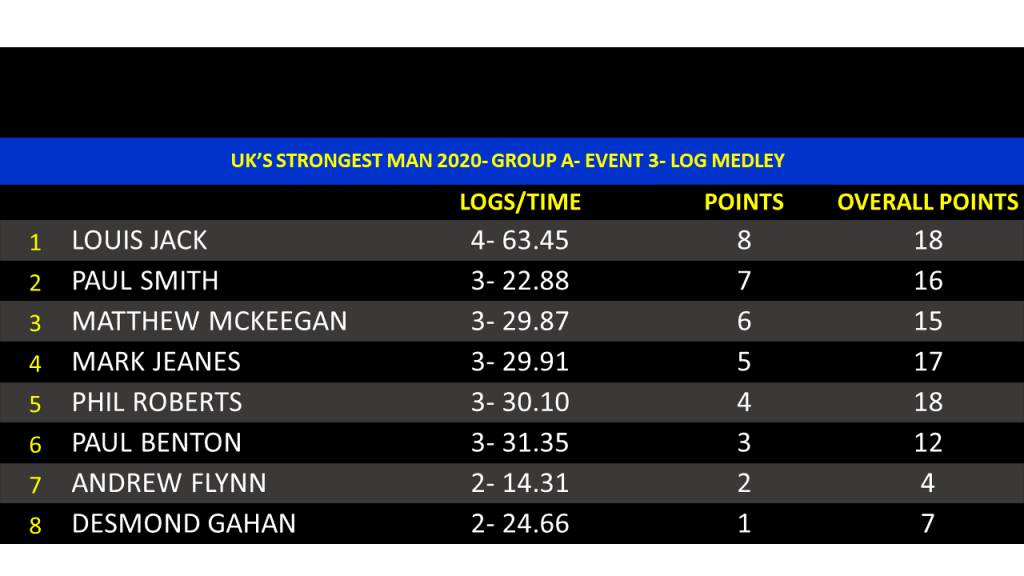 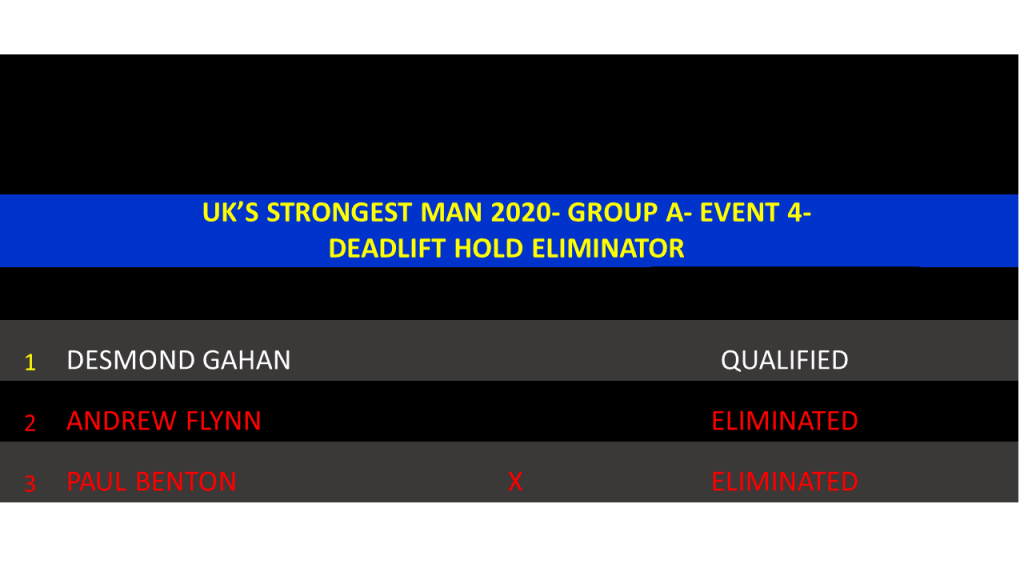 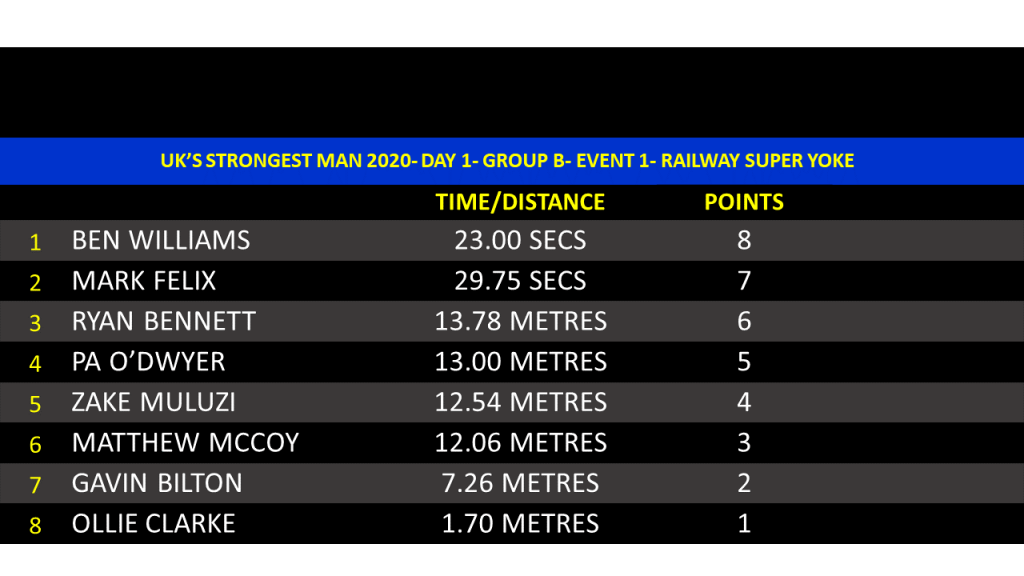 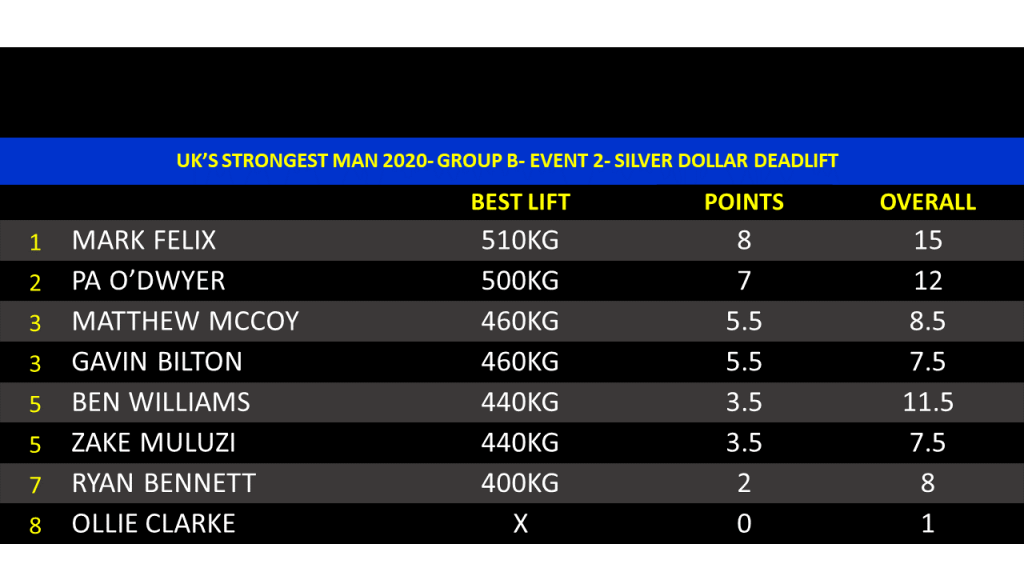 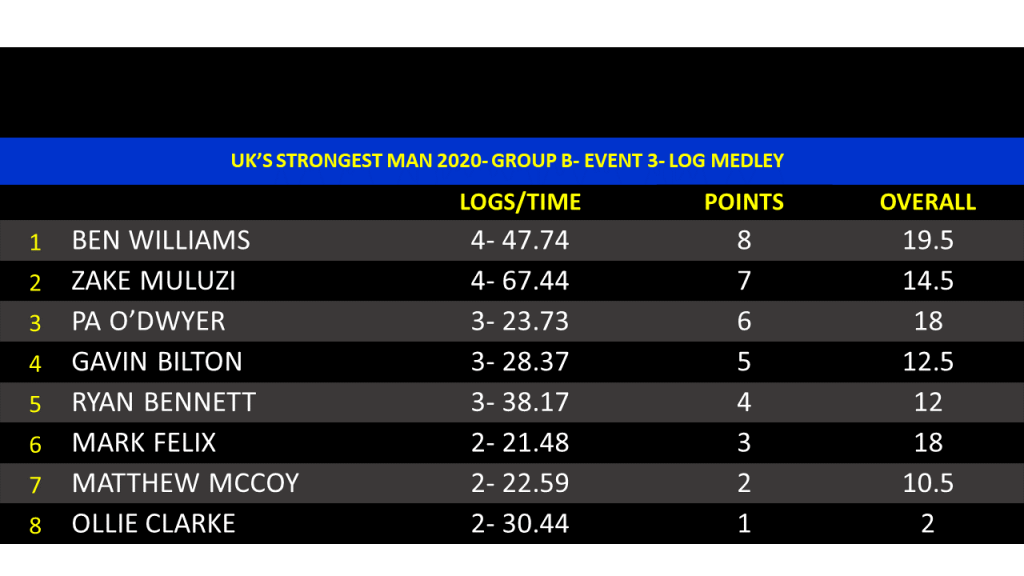 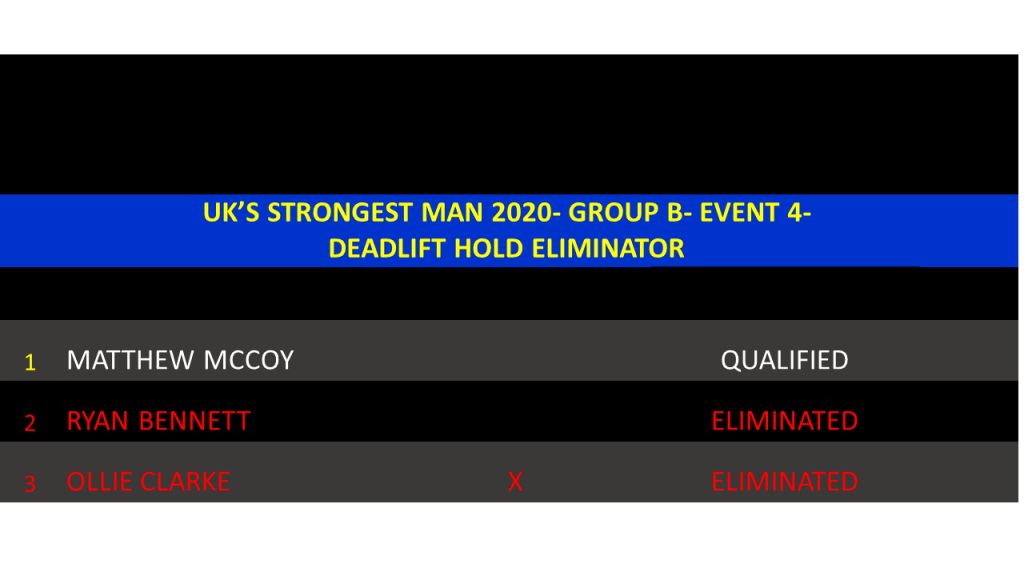 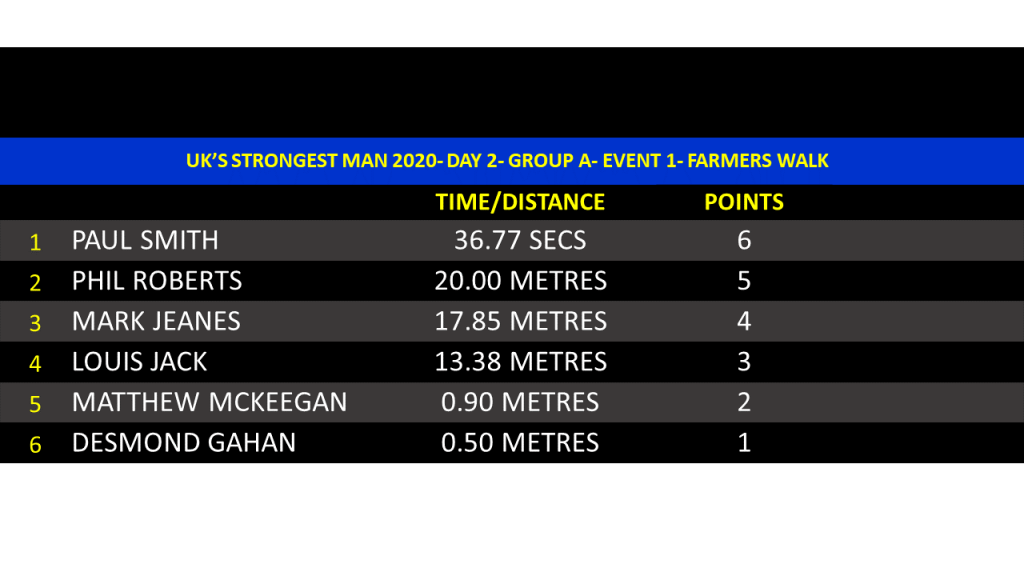 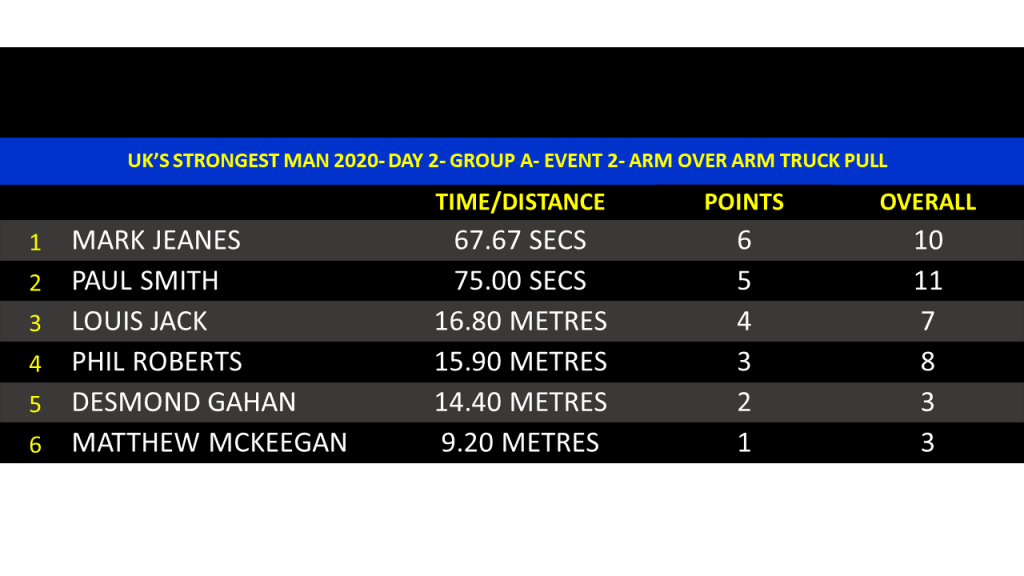 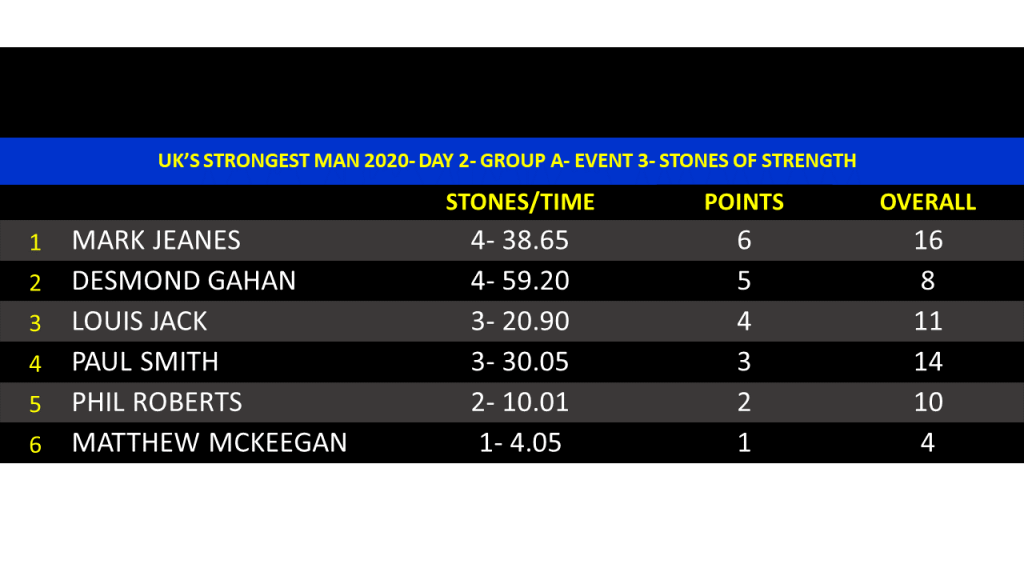 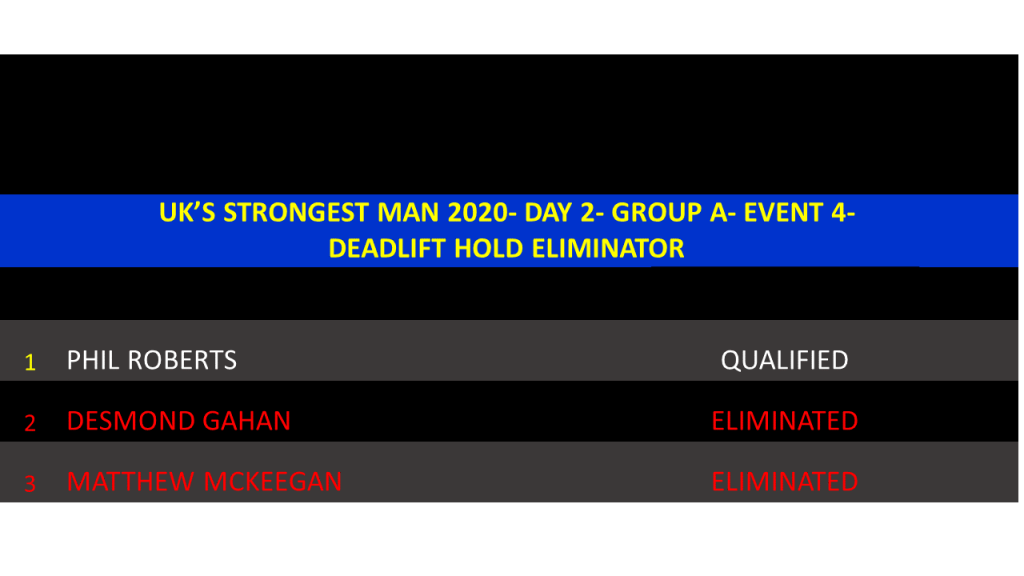 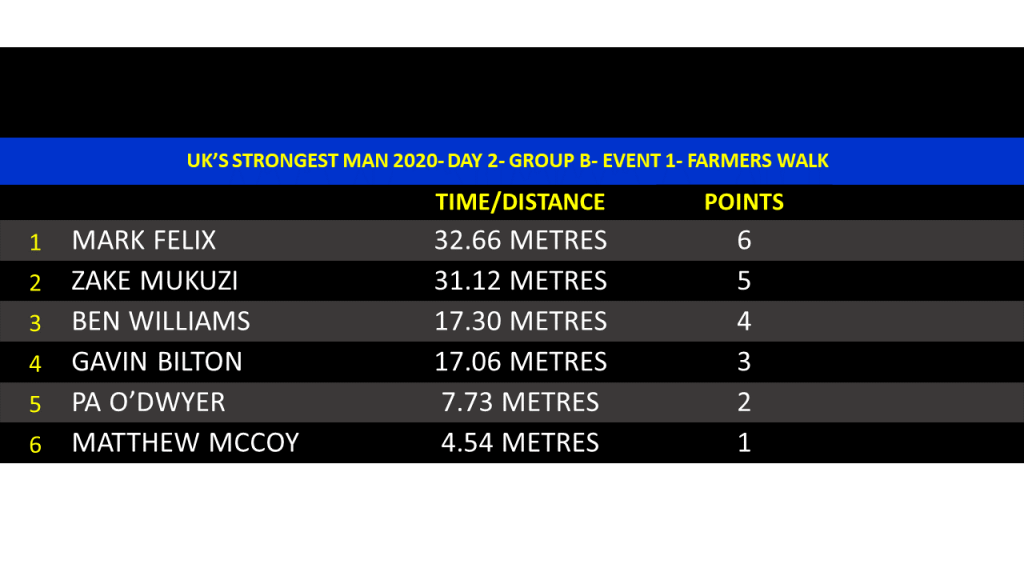 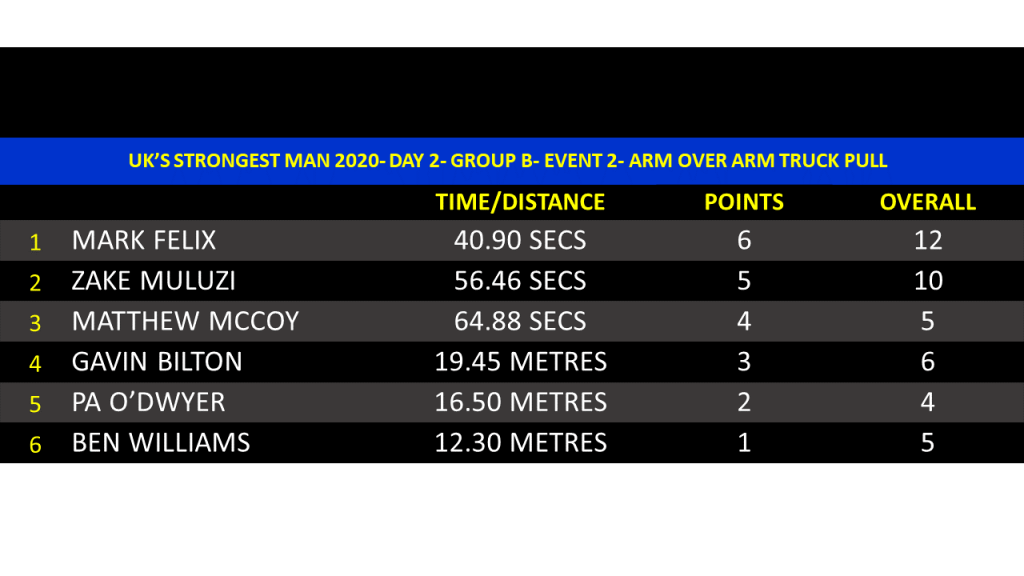 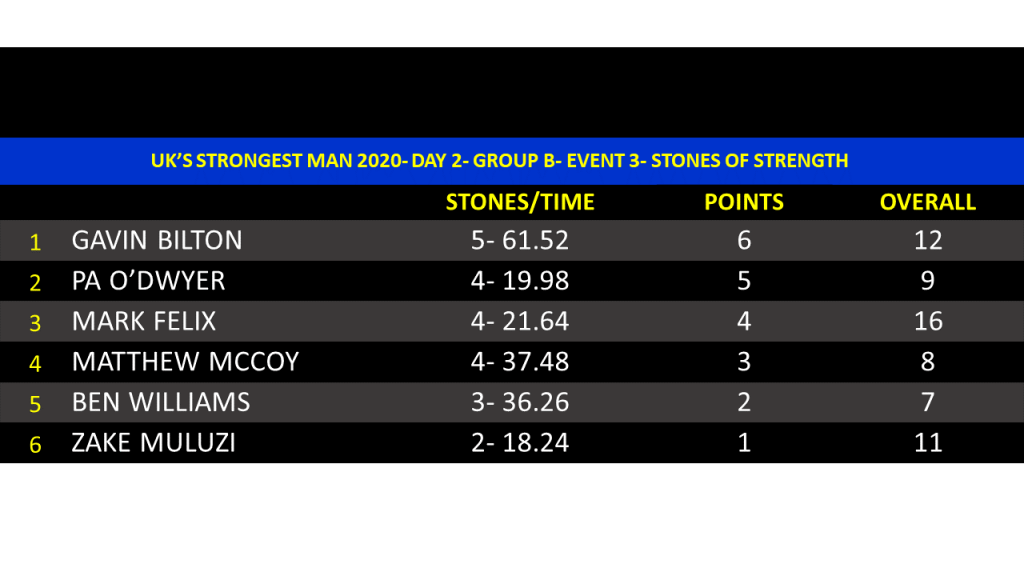 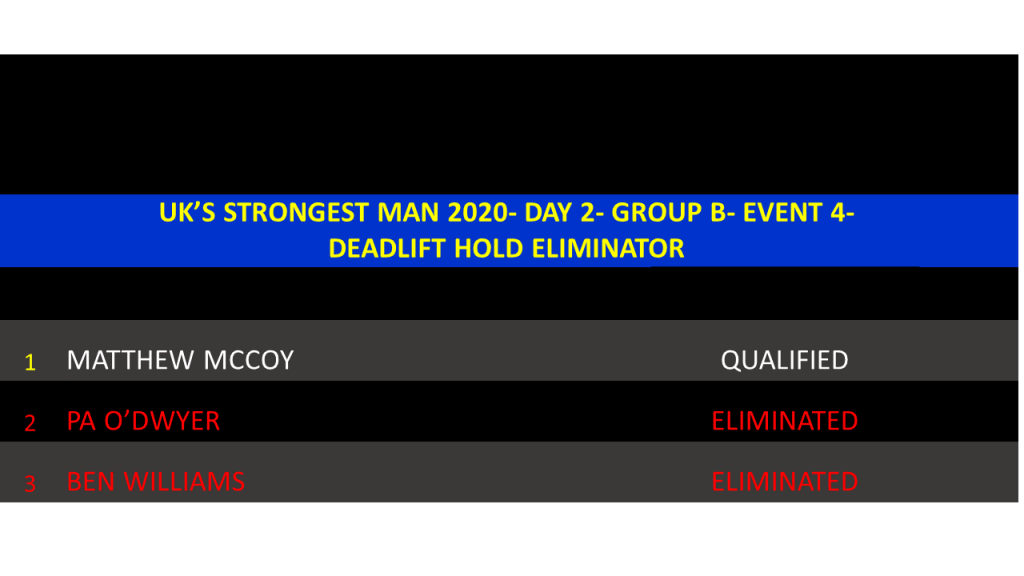 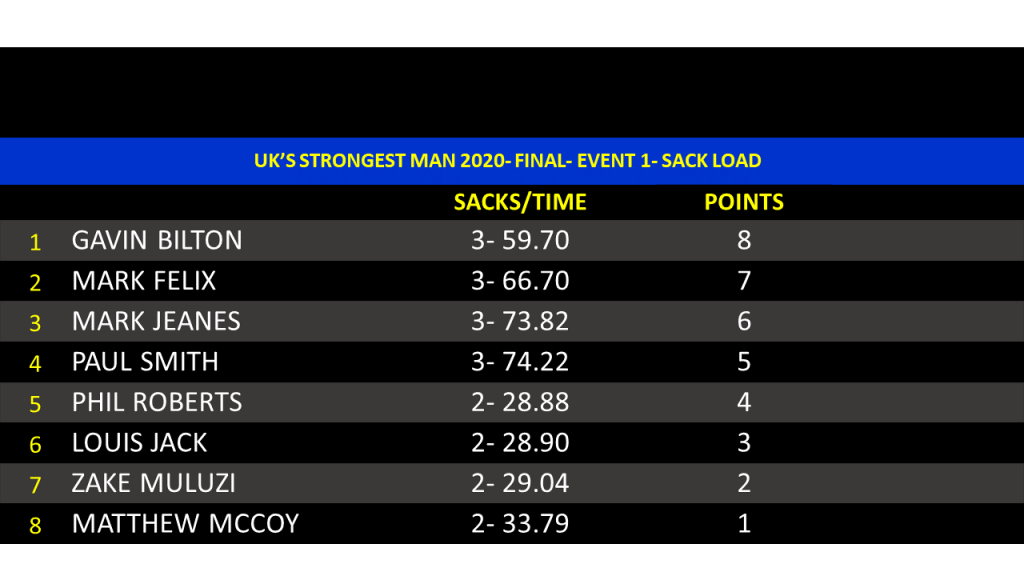 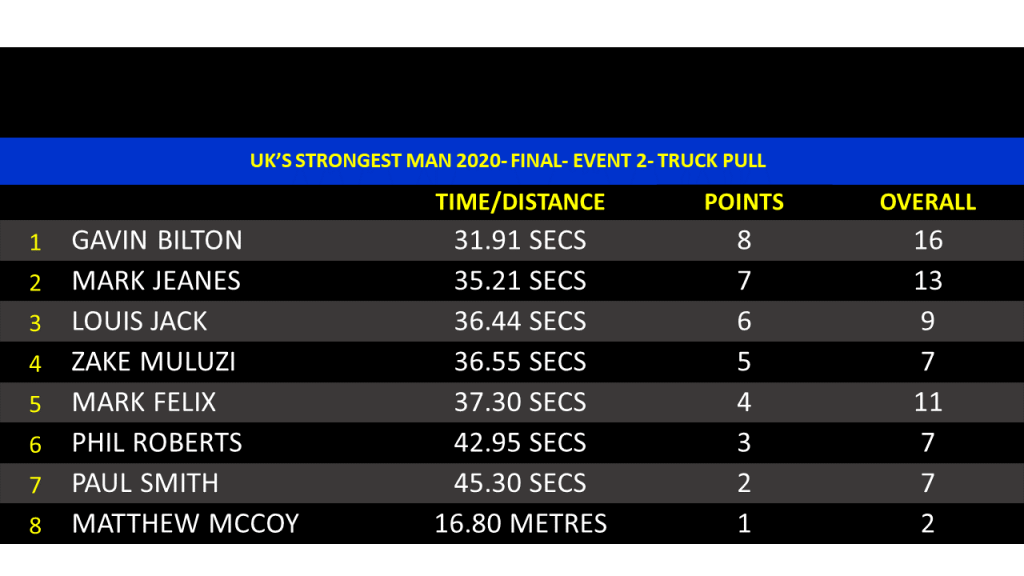 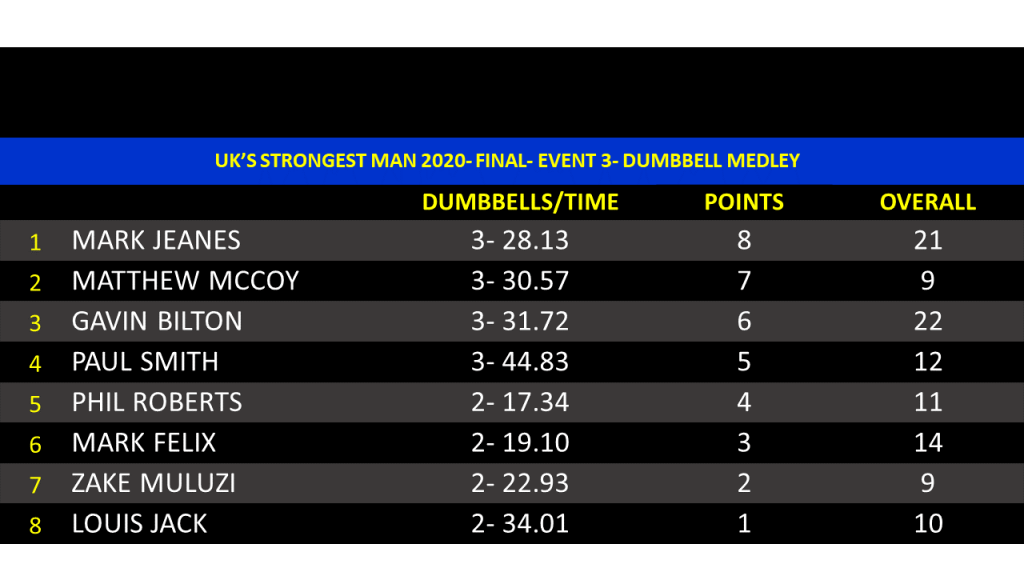 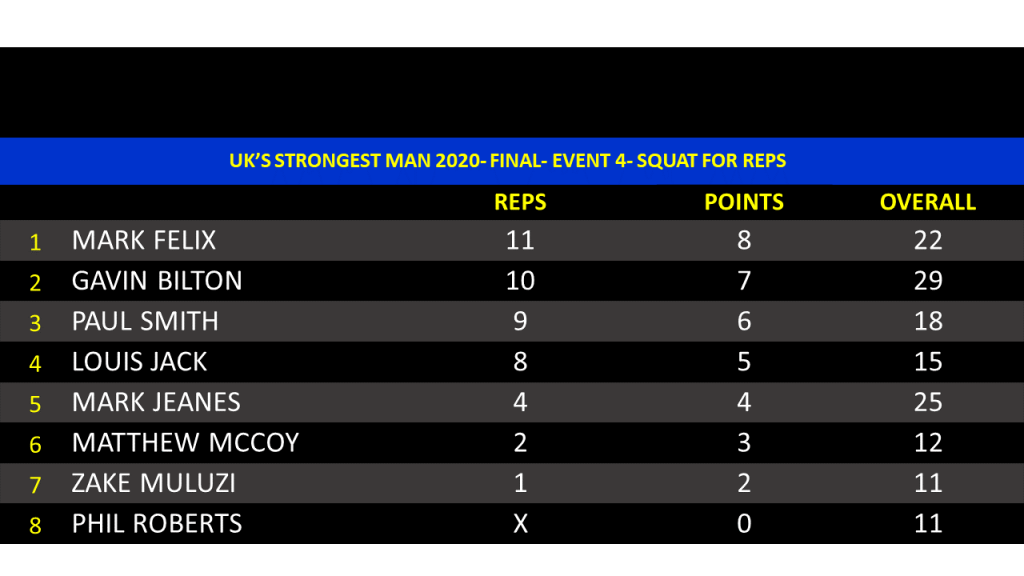 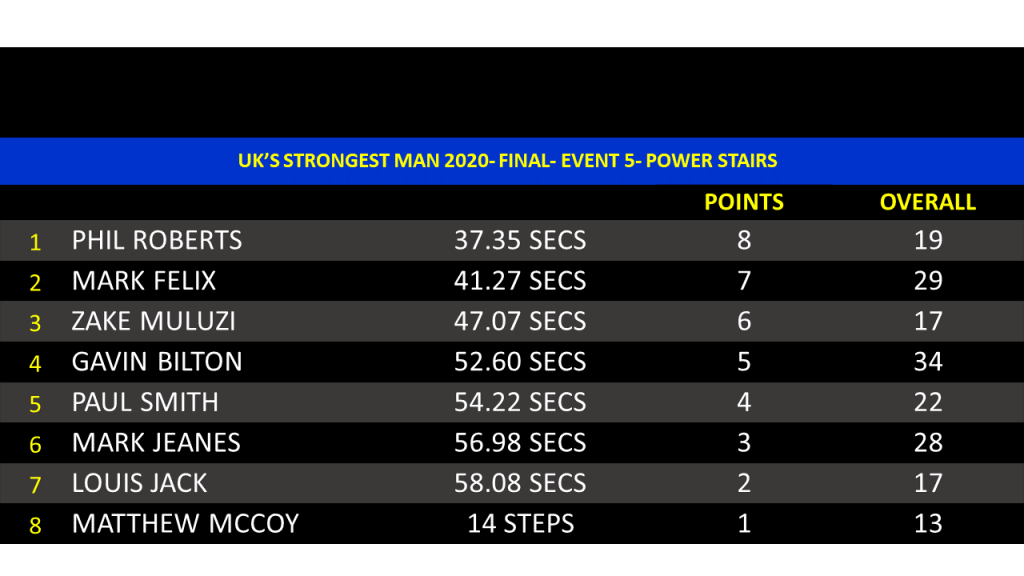 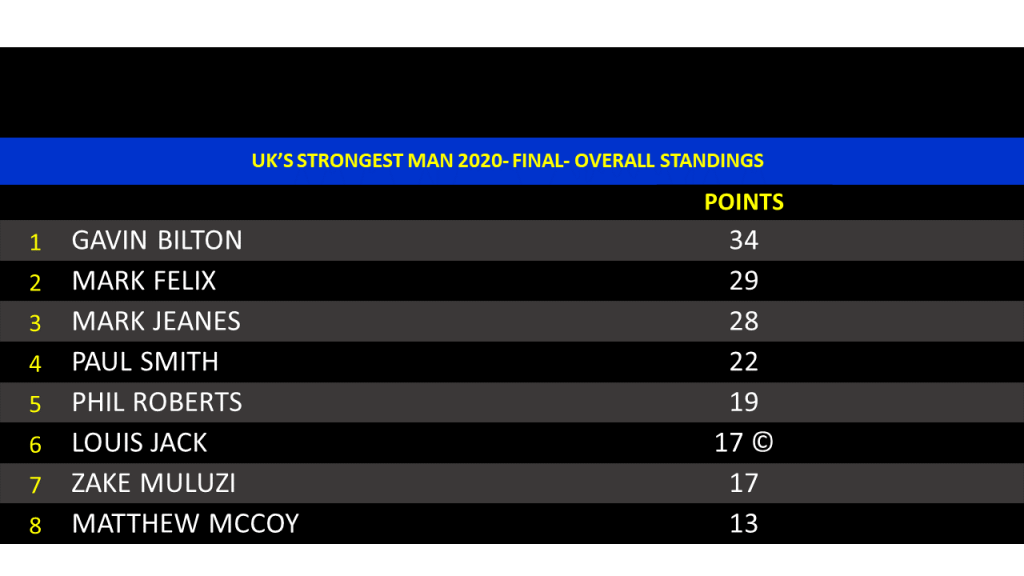 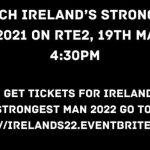 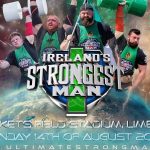 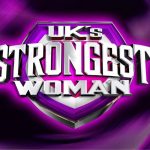