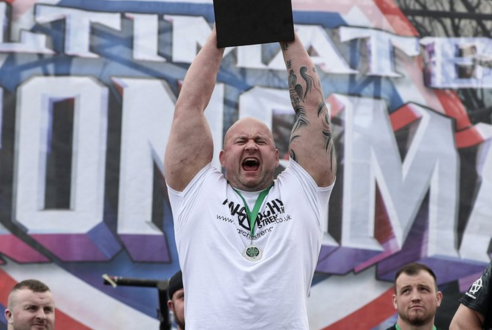 Showing that, once again, all-round consistency is the way to the title, O’Dwyer took wins in the Log For Maximum pressing a massive 160KG and the Car Deadlift For Reps plus another three 2nd places to lift the trophy with 52 points.

He didn’t have it all his own way though, with County Wexford’s Daniel Gannon giving ‘The Limerick Lion’ a run for his money, finishing on 45 points – taking two outright wins in the Duck Walk, Anchor & Chain and the Stones Of Strength but a four-way tie for 4th place in the Log For Maximum left Daniel with an uphill struggle.

A really solid third place on the podium was secured by the ever popular Co. Sligo’s Ivan Gannon with a final score of 38, just edging out  former UK Strongest Man competitor, Co. Wexford’s Gavin Redmond.  The Warriors cup was awarded to the “tractor” Pete McCallen of Co. Tyrone for his determination in winning the tyre flip and defeating Pa O’Dwyer for the first time ever in this event!

In a first for Ultimate Strongman the event was broadcast LIVE on Facebook showing the depth of talent and strength in the UK strongman scene to audiences across Europe, Asia & Australasia and North America.

Daniel Gannon and Ivan Gannon and re-crowned Champion O’Dwyer have certainly shown they are up to the challenge posed by any of the other home nations in the race to UK’s Strongest Man at St.Albans from the 27th-29th July!

Thank you to Ards and North Down Borough Council for their continued support. 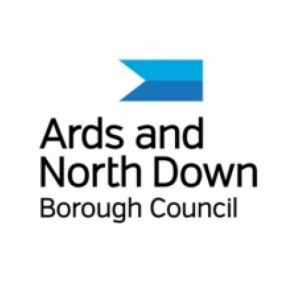