With the last of the regional qualifiers for this year’s UK’s Strongest Man competition coming up this weekend, I’ve got to say I’m a very proud man at this moment, looking on at how much Ultimate Strongman has done to broaden the sport.

I feel immensely privileged to still be at the very heart of it. Strength athletics is on the up in the British and the world, with growing competition categories pioneered by Ultimate Strongman for weight, Masters, U23 and novices, some of whom will be competing this weekend as a prelude to the main Southern Qualifiers competition.

Of course we can’t take all the credit, Strongman wouldn’t be in such a healthy state without the pioneering and visionary efforts of Terry Todd and David Webster with World’s Strongest Man, boasting star billing and early television coverage.

Another huge step forward has been the betterment of equipment. Back in my early days we used whatever came to hand as equipment, but the development of Crossfit and commercial equipment from companies like Monster-strong and Rogue have revolutionised the accessibility of fantastic facilities for people interesting in strength disciplines.

So what I am most proud of is our ground-breaking work to promote safe training and fantastic competitions at the U23 level over the last 7 years. Most of you will have heard of the American strongman, Kevin Nee, whose sparkling early career was matched by an equally meteoric fall from the very top level through injury. We hope that by guiding the progress of young strength athletes with our Ultimate Strongman programme at U23 they will learn the art and not burn out early.

It’s going to be another great qualifier this weekend, on the road to the very first edition of UK’s Strongest Man to be held in England. Check out Martin Cee and Terry Hollands as they preview the competition around Sunday lunchtime here on Facebook.

I know I’ll certainly be watching!

In Memory of Aaron Page 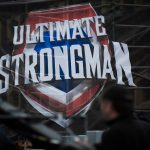 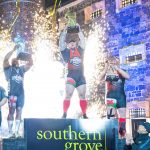